What is the largest insect in the world?

If you are creeped out by bugs, brace yourself.  Insects can get pretty big, but what is the largest insect in the world? “Largest” is a relative term. A mouse is large to a flea, but not to a giraffe. So there are several different ways of measuring the size of an insect, most people would consider the largest insect to be the bulkiest and in this case the champion insect is the Acteaeom Beetle or Rhinoceros Beetle (Megasoma actaeon) from South Americ. The male beetles can be 9cms long by 5cms wide by 4cms thick…that’s one bulky bug! 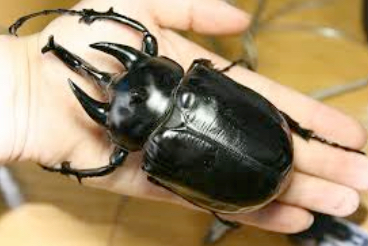 If you want to measure largest by overall size, check out the South American Longhorn Beetle (Titanus giganteus) these giants can be over 16cms in body length (not including antennae) 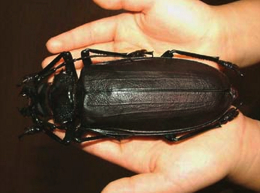 One other beetle, the Hercules Beetle, (Dynastes hercules) is also well known for reaching 16cms in length though it is not nearly as heavy. 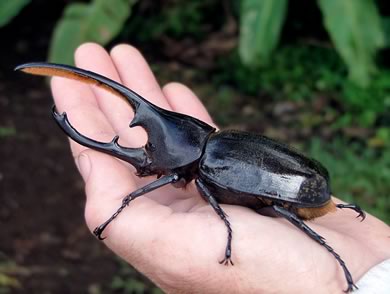 By the way, insects are larger in other ways, the longest insect in the world is the Stick-Insect (Pharnacia serritypes), the females of which can be over 36cm long. 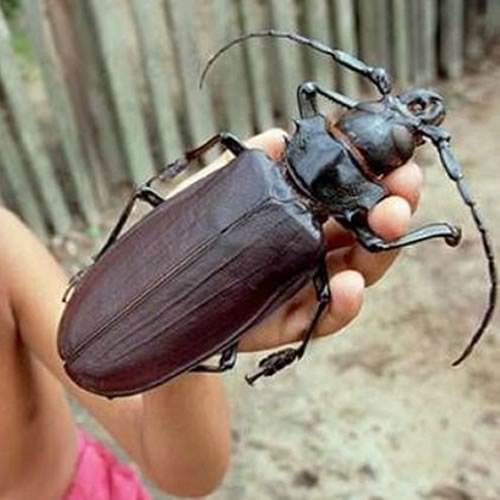