WHERE?
All of North and South America will be able to witness the eclipse to some degree as well as Europe, South/East Asia, and Africa. The eastern half of the US will get to see 100% of the event while the west coast will see about 60% of the event. (see map)

WHAT’S GOING ON?
During a TOTAL LUNAR ECLIPSE, the Sun, Earth, and Moon all line-up just right causing the earth’s shadow to cross over the surface of the moon. This blocks all the sunlight that usually lights up the moon, causing it to darken in the night sky.  The moon turns a dark orange/red color due to the bending of the light as it passes through the Earth’s atmosphere. This is the same phenomenon that gives us orange sunsets.

RARE “SUPERMOON” LUNAR ECLIPSE
The September 27th Lunar eclipse is also a “Super-Moon.” This means the moon is closest to the earth in its orbit and appears larger than usual. A Super-Moon Lunar Eclipse has only occurred 5 times since 1900. If you miss it this year the next opportunity to see a Super-Moon lunar eclipse is not until 2033. 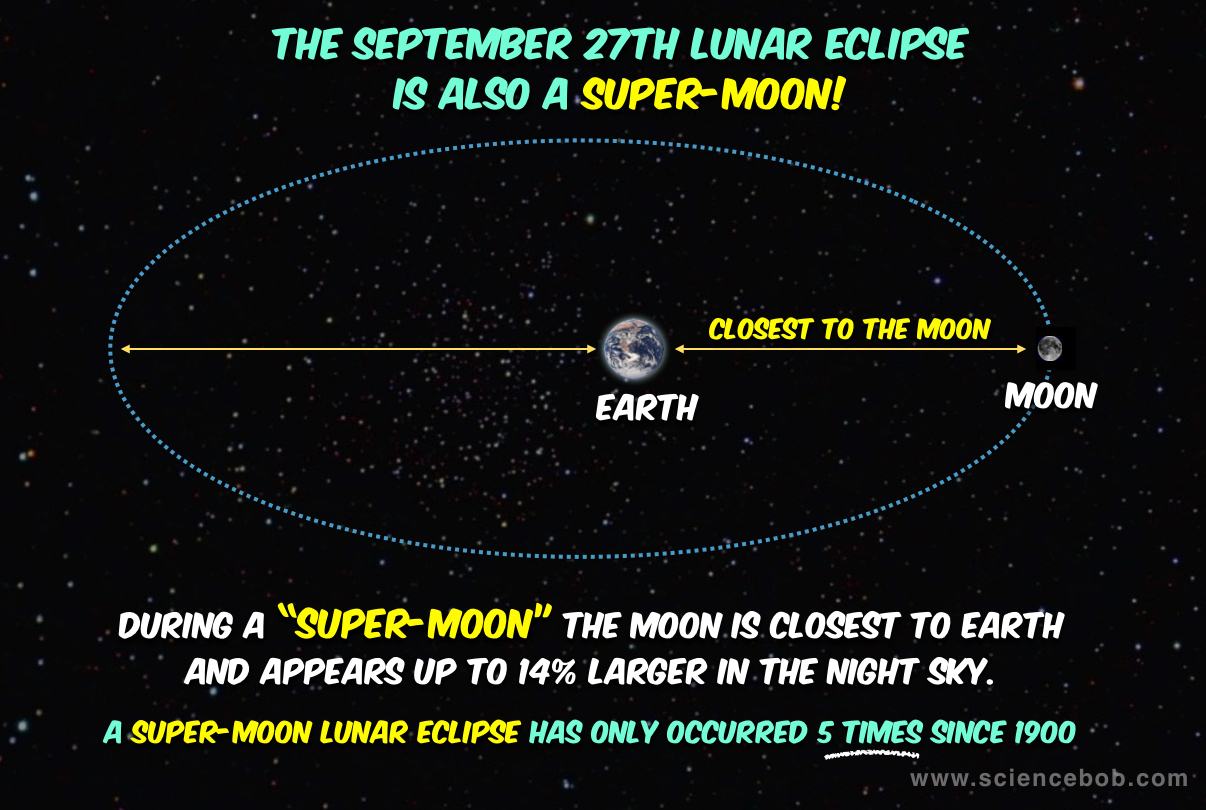