Amaze your friends and family when you make a pack of ketchup float and sink at your command while it’s sealed inside a bottle! It looks like magic, but it’s totally science.

Density deals with the amount of mass an object has. Adding salt to the water adjusted the water’s density to get the ketchup to float. Sound complicated? It is, but here’s the basics on the ketchup demo…there is a little bubble inside of the ketchup packet. As we know bubbles float, and the bubble in the ketchup sometimes keeps the heavy packet from sinking. When you squeeze the bottle hard enough, you put pressure on the packet. That causes the bubble to get smaller and the entire packet to become MORE DENSE than the water around it and the packet sinks. When you release the pressure, the bubble expands, making the packet less dense (and more buoyant) and, alas, it floats back up. This demonstration is sometimes known as a CARTESIAN DIVER.

MAKE IT AN EXPERIMENT
The project above is a DEMONSTRATION. To make it a true experiment, you can try to answer these questions: 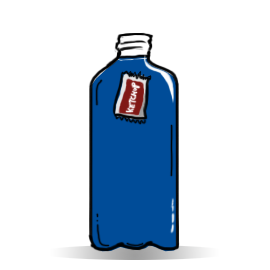 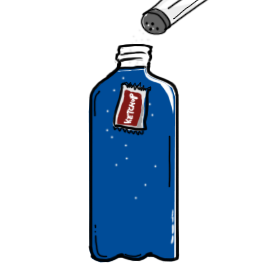 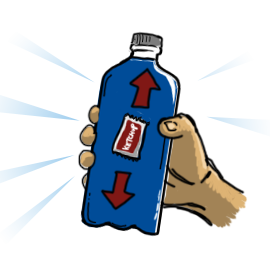