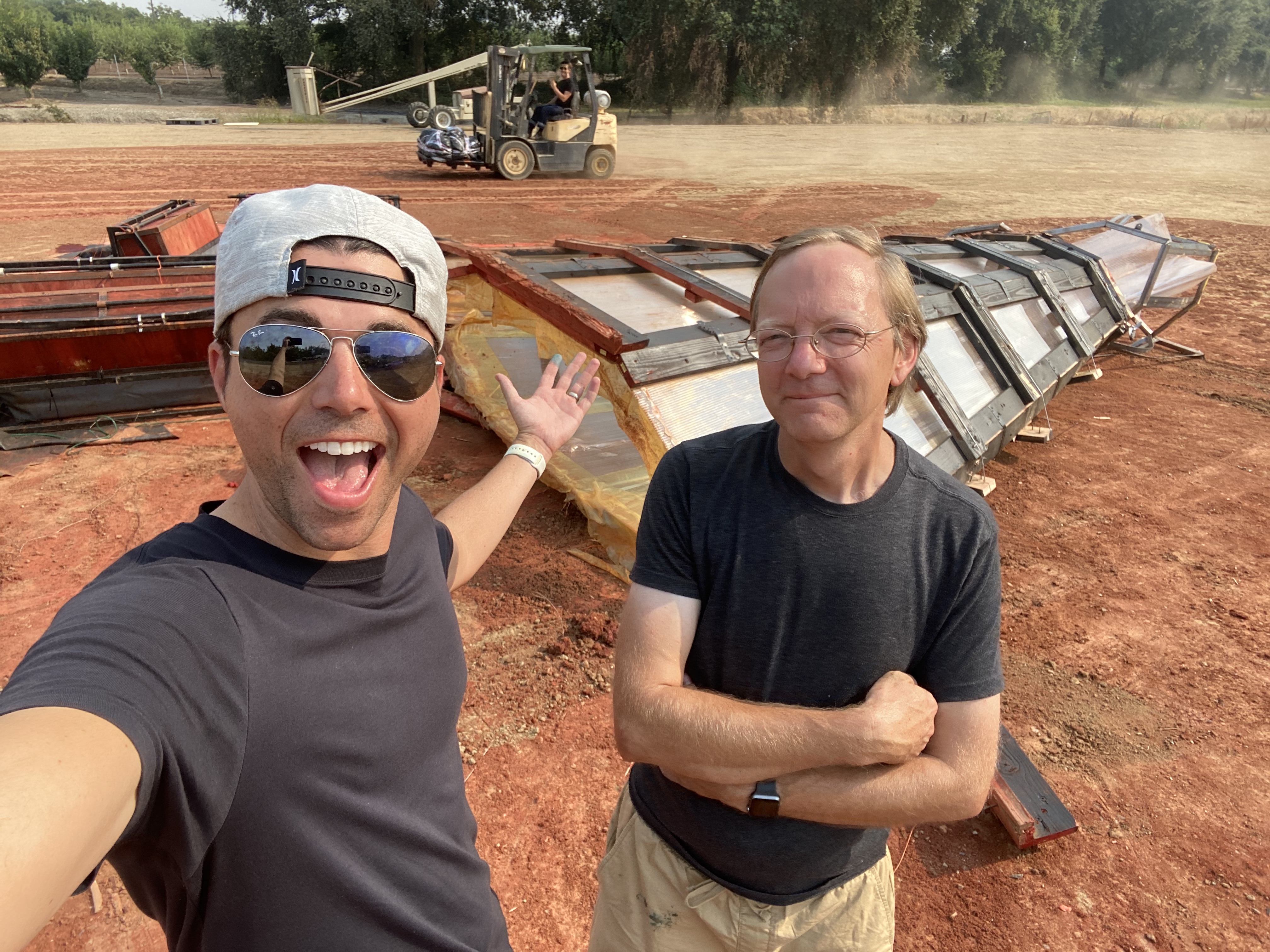 Perhaps the only thing better than the classic elephant’s toothpaste experiment, is the elephant’s toothpaste experiment at an absolutely colossal scale! After a record breaking science experiment last year with YouTuber, and NASA engineer Mark Rober, we teamed-up once again along with engineers and fabricators to try for another World Record attempt while highlighting a very special young cancer survivor. Watch the full video here:

WATCH THE VIDEO!
HOW WE PULLED IT OFF:

So much testing….
We knew we wanted the flow from the flask to be laminar, meaning it stays in a column of foam and does not break up into “confetti” when it leaves the flask – this was one of the biggest challenges from a chemistry stand point. (Breaking the world record by going confetti would have been much easier, but it does not look like the classic experiment.)

We conducted well over three dozen small scale tests to find the best chemical ratios, food coloring brands, chemical temperatures, flask designs, as well as testing whether tubes in the neck create a better stream or not, whether objects on the flask affect the flow, and other factors. After each test, Mark and the team would get on a call, review footage, and figure where to go next. Each attempt was tracked for every variable we could test and cataloged on an ever growing database.

THE CHEMISTRY
Hydrogen peroxide is basically water (H2O) with and extra oxygen (making it H2O2 ) But don’t be fooled into thinking it is close to water. Concentrated hydrogen peroxide can result in a strong chemical burn if it gets on your skin. To create the elephants toothpaste reaction a second chemical is added (know as a catalyst) which basically tears-apart the hydrogen peroxide into water while releasing Oxygen gas inside the bubbles.

Above is what we considered to be an ideal small scale version of the experiment – we got height, good color, and it stayed laminar. The question was whether we could crank up the scale and keep everything looking good. Next up was the 5 foot version.

MEDIUM SCALE
We ran the medium scale, 5 foot flask five times and quickly discovered our biggest enemy was, in fact, pressure…lots of pressure. It was all about pressure and flow to keep it laminar and keep the flask intact.

In this 5 foot test, the chemistry worked well, and we got the laminar flow down, but the foam created so much pressure it split apart the plastic connection points held together by screws.

Here the neck size caused the foam to go confetti.

LARGE SCALE
We figured that we had enough information from our five footer to go ahead and ramp it up to the 10 foot version, heavily secured with Flex Tape, screws and straps. We were confident is was indestructible, and it turns out we underestimated chemistry. 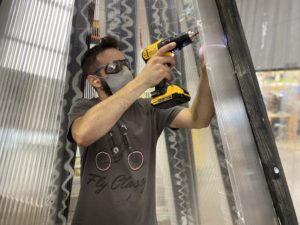 My buddy Jacob working on the flask 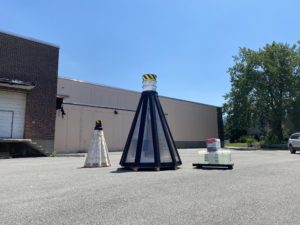 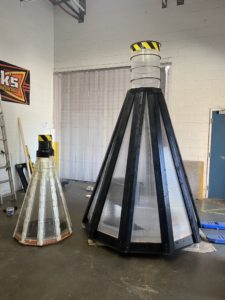 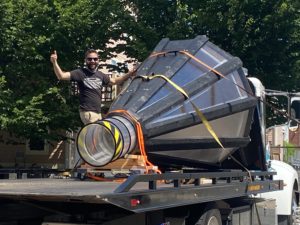 To the test site!

This lead to many Skype calls about the size of the neck, in particular, the WIDTH of the neck. We opted to go with a 4 foot neck on the giant flask which we hoped would ultimately allow enough foam to come out laminar while reducing enough pressure to avoind turning the flask into a bomb.

GIGANTIC VERSION!
After months of designing and testing, and hours of Skype calls, it was time to build the gigantic flask over 3 days on a walnut farm in Gridley California. 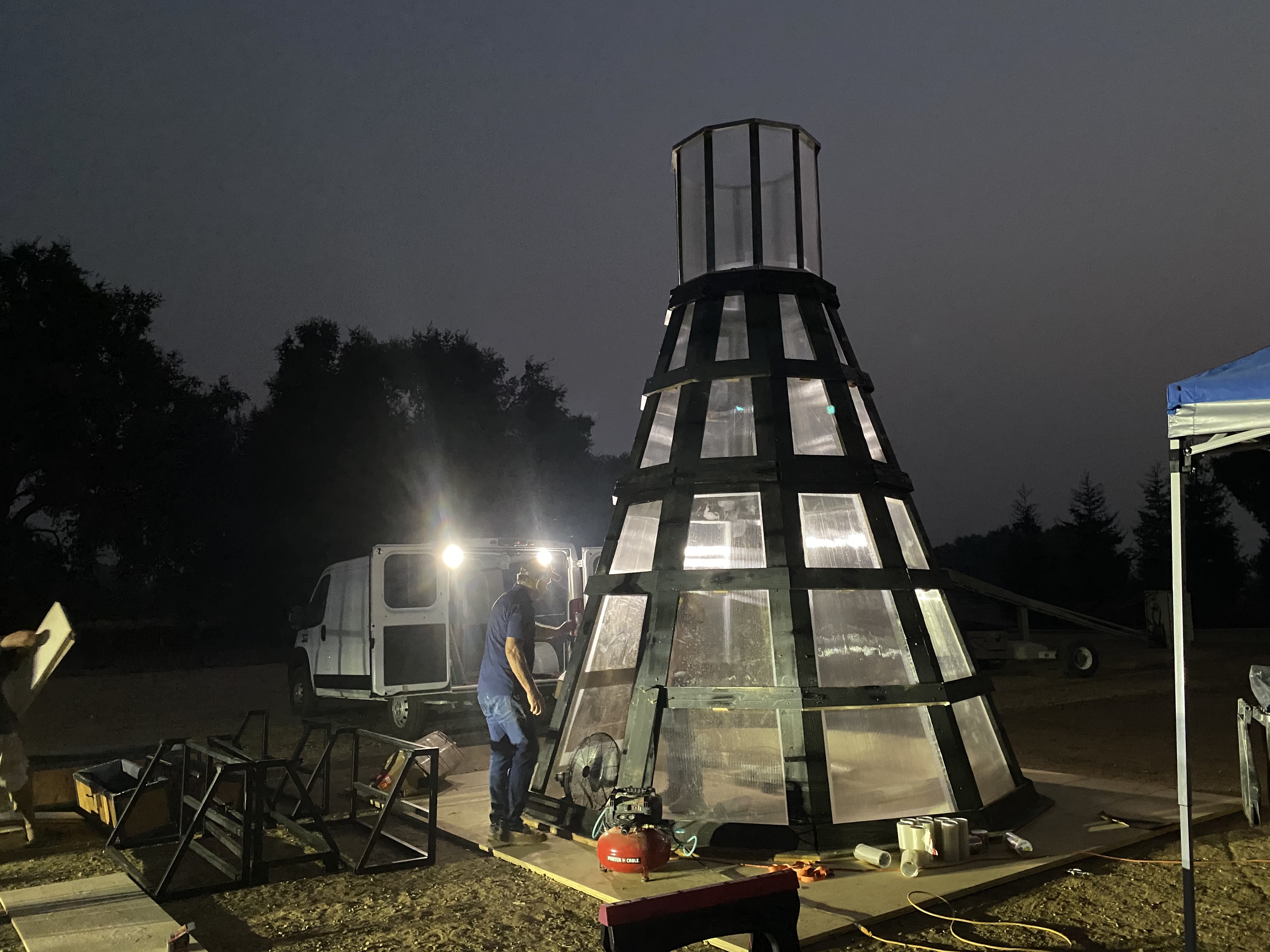 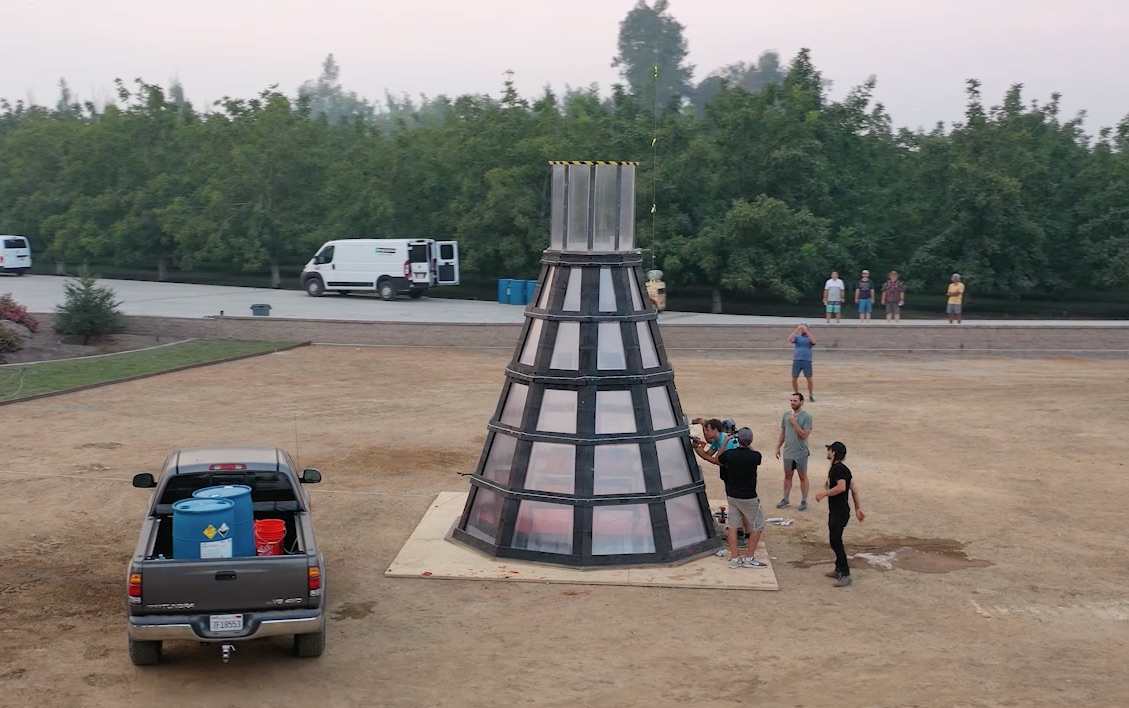 Here’s a view not shown in Mark’s YouTube video that shows the force and beauty of this reaction. The base was made of 3 layers of 3/4 inch plywood, and in hindsight, of course, it should have been much thicker, and, more importantly, unable to flex. Essentially, the base bowed so much that the plywood layers sheered away from each other. The bases never failed in any of our tests, and so it was not on our radar as a significant failure point.

The Devil’s Toothpaste demonstration was basically the elephant’s toothpaste demo on steroids. We discovered some unexpected chemistry that really bumped up the output and energy even more than the David Dobrick version of the experiment. The added reaction also came with added danger and we were constantly reminded just how much we need to respect the power of chemistry which is why we’re not sharing it publicly just yet. Oh sure, foam looks all fun and harmless…that’s what it wants you to think, but we saw another way-more powerful, (and beautiful) side of the soapy fluffiness. 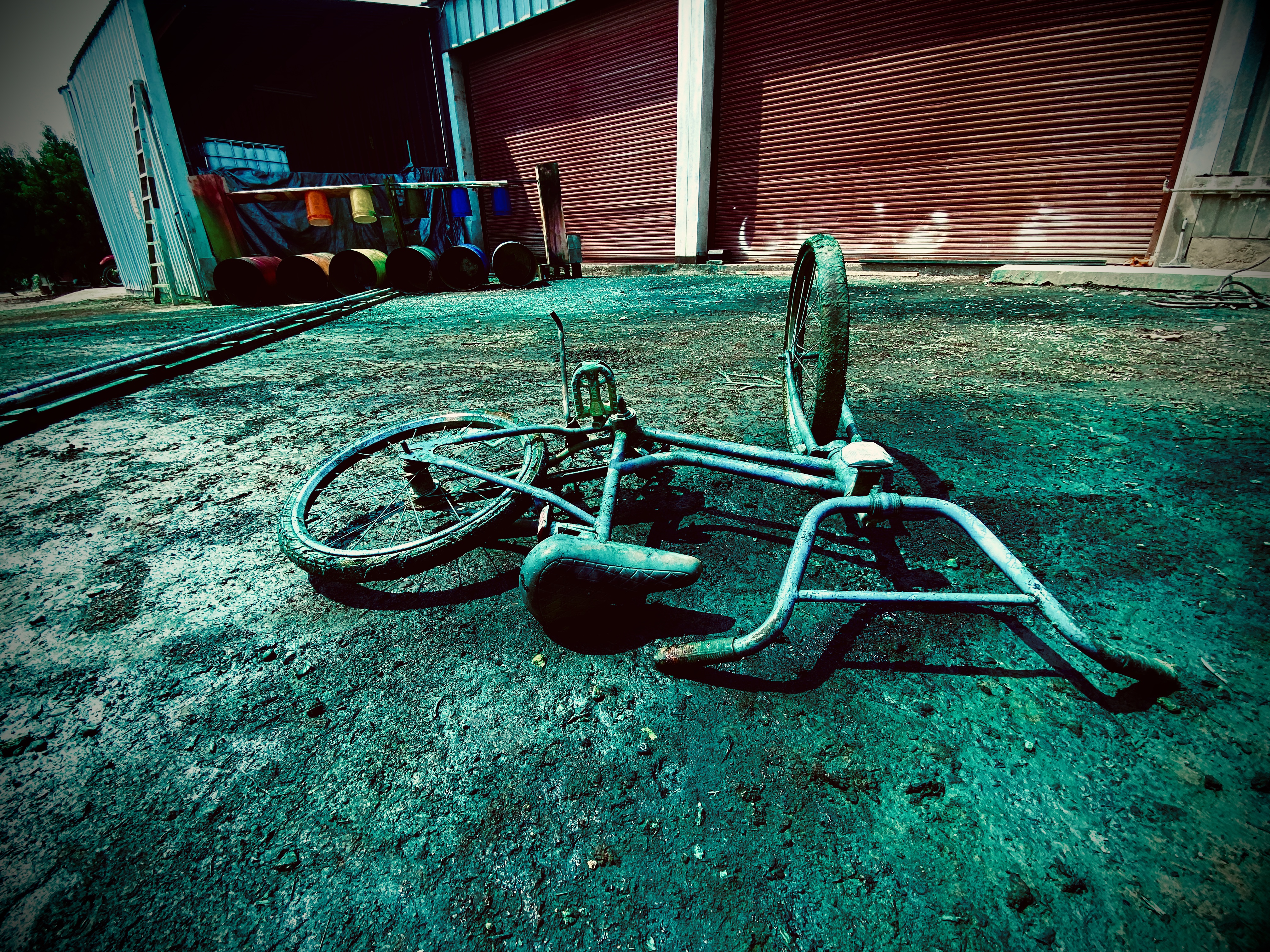 In the end, of course, this video was much more than a large scale science experiment, it was a chance to celebrate a strong and brave young man, as well as embrace the good and joy that comes when people collaborate and work hard to create something special for others.