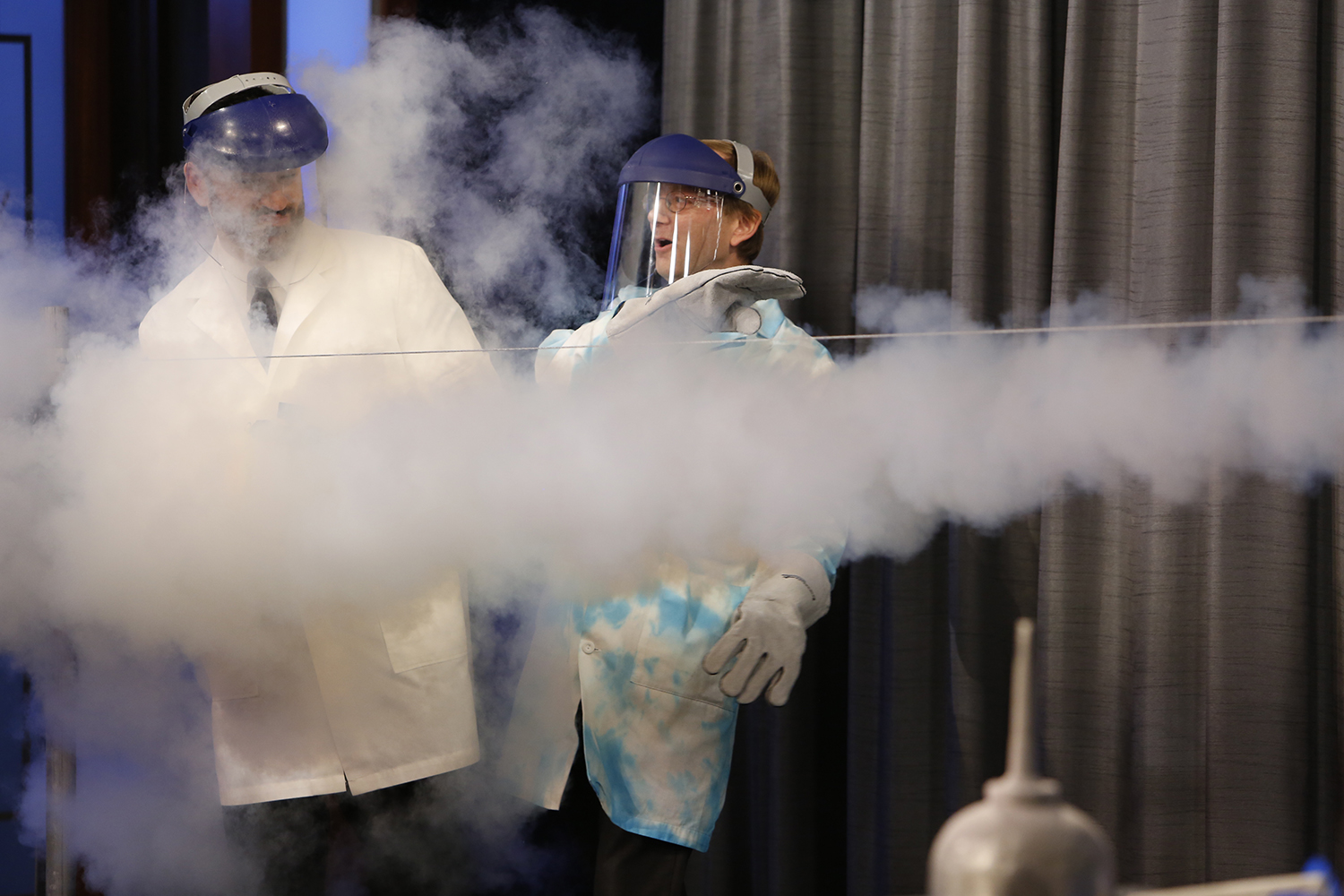 Liquid Nitrogen Powered Bottle Rockets
The first demonstration utilized liquid nitrogen as thrust to power a standard soda bottle. Nitrogen makes up 80% of the air we breathe. And liquid nitrogen will increases its volume 700% when going from liquid to a gas! Because of this, we were able to create pressure without an outside source.

(NEVER place liquid nitrogen in a closed container – many have been hurt attempting this) For this demonstration I custom designed a bottle launcher with several safety features including pressure gauges and blow-out safety valves. Many safety tests were done to test pressure limits of the bottles under several liquid nitrogen conditions as well as launching tests. Ultimately, the pressure needed was far below the pressure limits of the bottle. Eventually I will try this as a vertical rocket with fins and a nose cone. 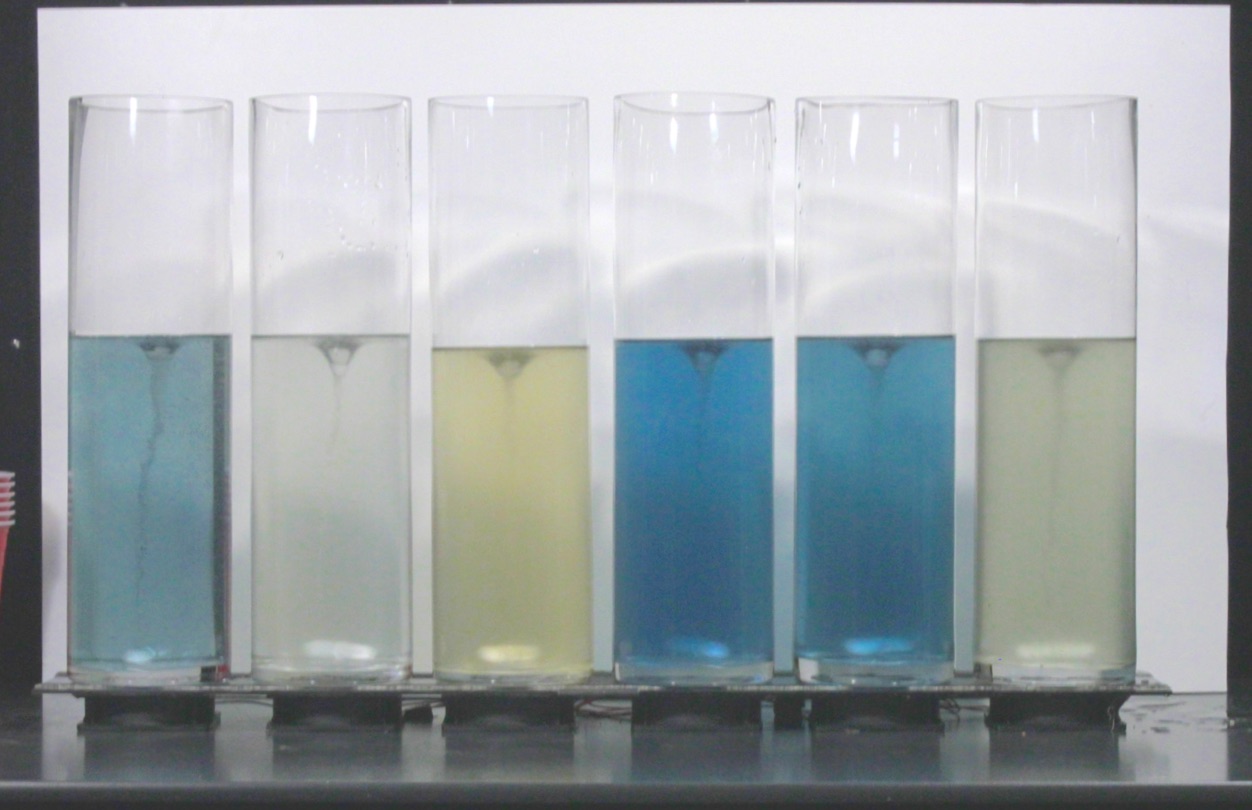 Briggs-Raucher Chemical Reaction
The cool oscillating reaction used on the episode was called the Briggs-Raucher reaction, named after two high school science teachers in San Francisco who designed the demonstration. It is one of a very small number of chemical color changes that is able to repeat itself multiple times. Solutions include starch, hydrogen peroxide, malonic acid, and sulfuric acid. The reaction is very complex. Even when Briggs and Raucher first developed the reaction, its chemistry was not clearly understood. For those of you chemistry enthusiasts interested in the chemical equation, here is the complete reaction from the MIT Chemistry Department: 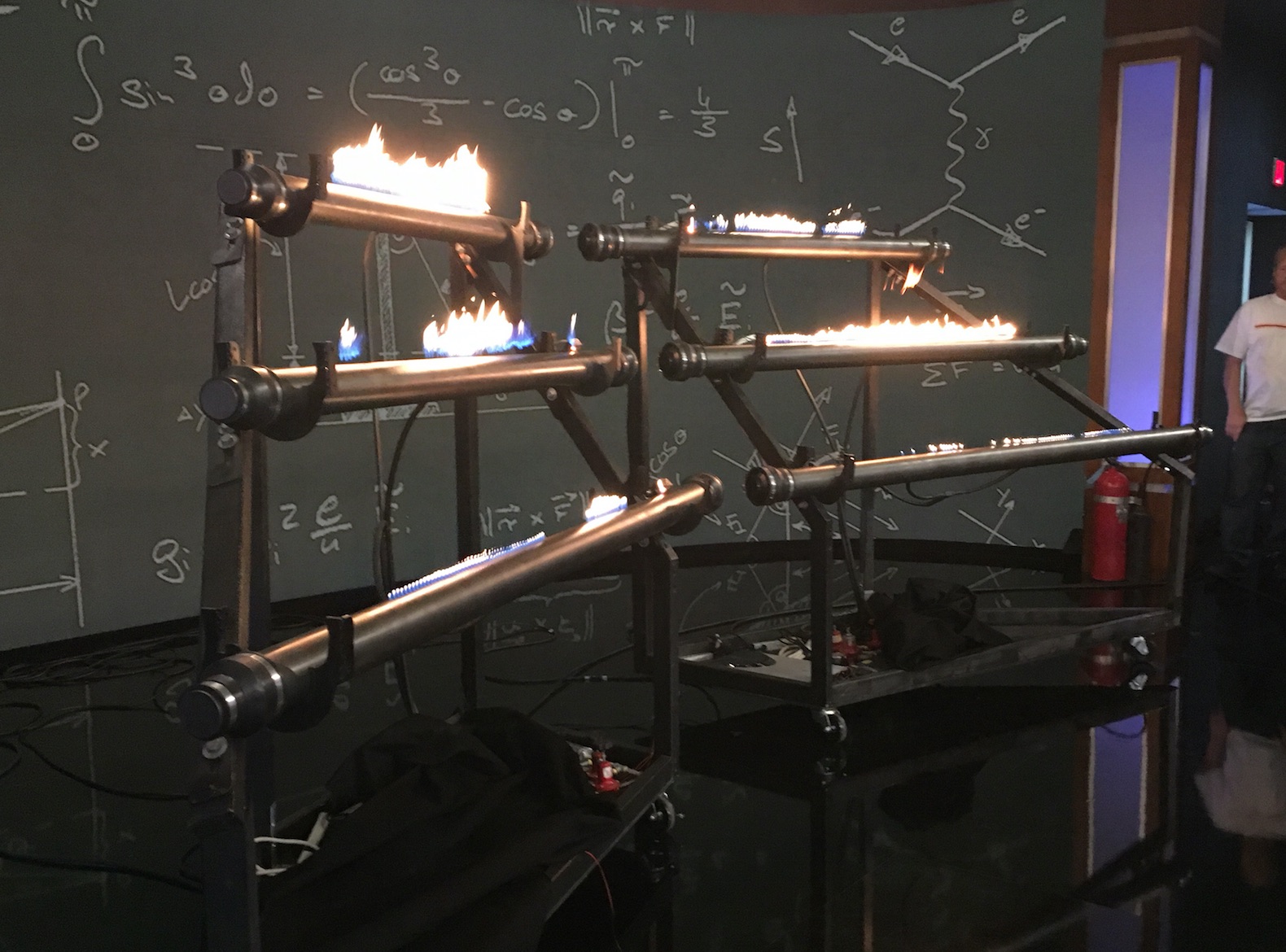 The last demonstration is called a Rubens’ Tube, named after Heinrich Rubens who demonstrated the device in 1905. A Rubens’ Tube is simply a long metal tube with holes drilled in it a regular lengths. In this case, I drilled 1/16th inch holes spaced 1/2 inch apart, which seems to bring the best results. They can be hand drilled, however I used a milling machine for better accuracy. One end is capped and sealed and the other has a speaker attached. Thin nitrile material seals the end to avoid gas from escaping through the speaker. 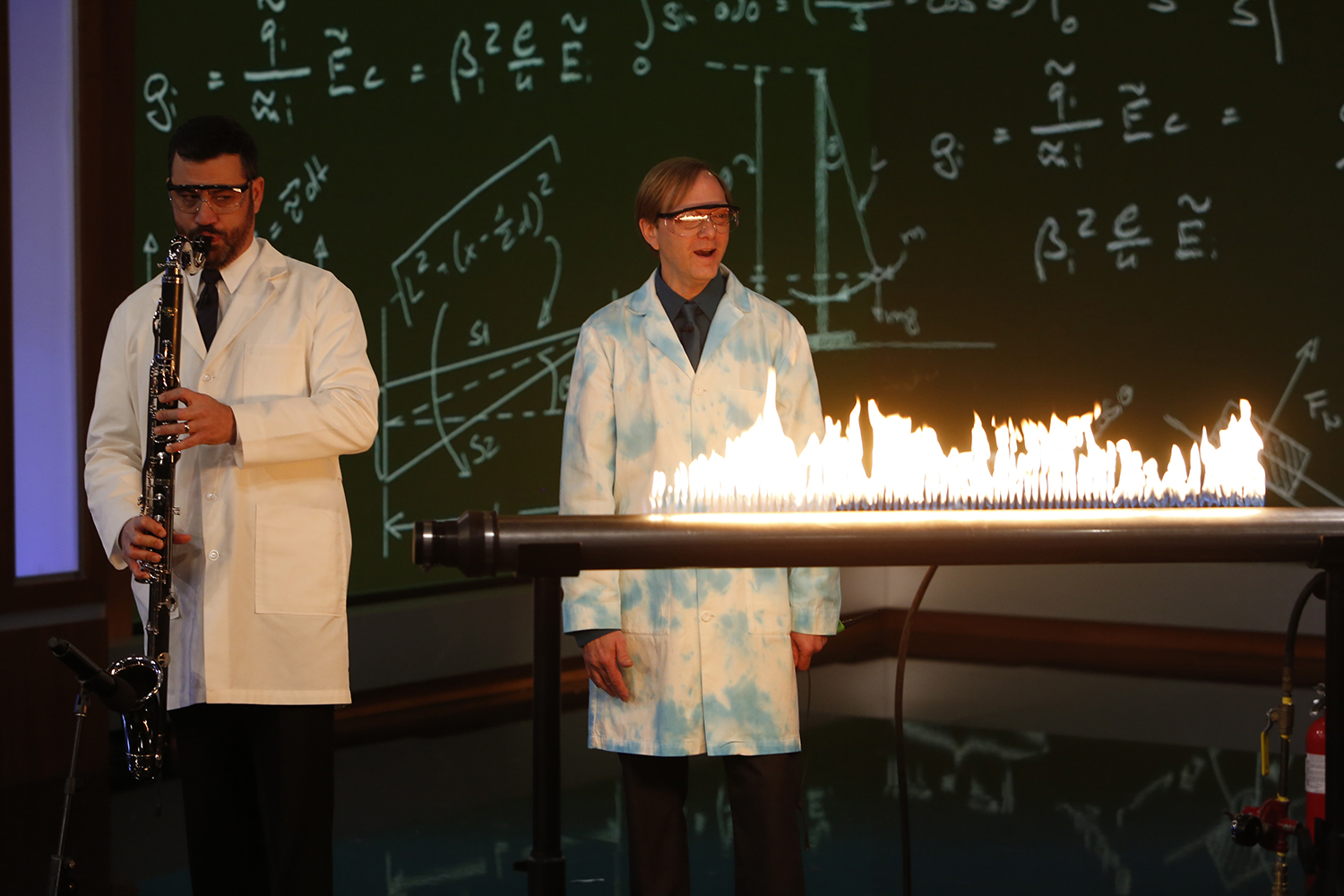 As sound travels through the tube, sound waves create peaks and valleys (nodes and antinodes) which change the gas pressure and then affects the size of the flame. A single, even tone can create a great visualization of the sound wave.

The six-tube Rubens’ tube demonstration was created by Michael Dewberry, an amazing fire sculptor with whom I share some shop space with outside of Boston. The size of each tube favors a different frequency allowing the tubes to literally react independently to the same sounds.  The effect is mesmerizing.