On a recent appearance on Live With Kelly & Ryan, Science Bob performed his messiest and biggest demonstration yet! In the process, he also established a new Guinness Book World Record! His demonstration was based on the classic Elephant’s Toothpaste demonstration which uses some decomposition chemistry to create a LOT of foam from a small amount of liquid. 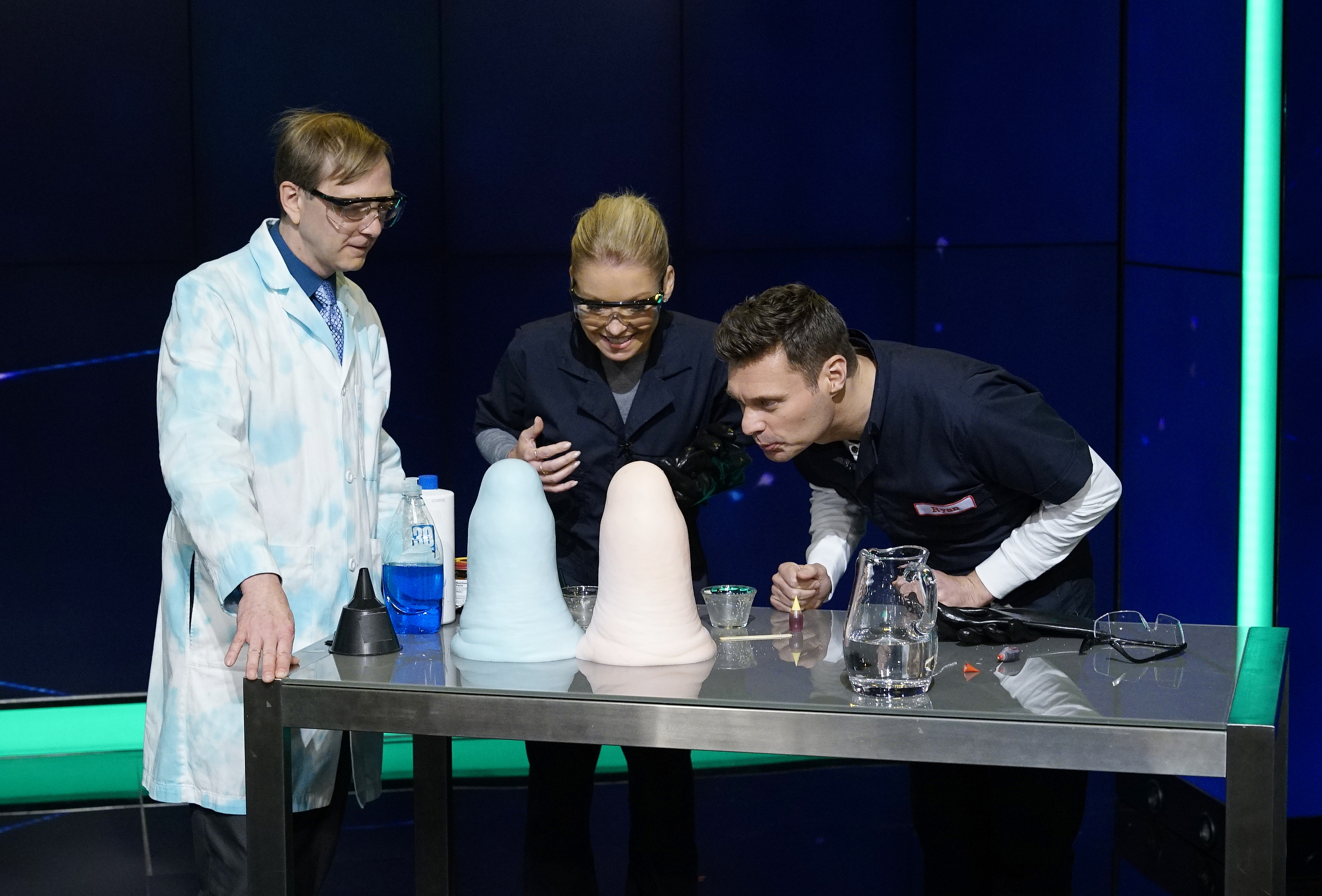 Check out the HOME VERSION of the experiment (above) by CLICKING HERE.

When it came to the record breaking version of the experiment, Science Bob scaled everything up, from the size of the container to the concentration of the chemicals. In all, over 40 liters of hydrogen peroxide and more than 8 liters of catalyst were used. In addition, Bob constructed a bucket tipping system so that the demonstration could be done without the change of getting him covered in foam.

Three adjudicators from the Guinness World Record offices were on hand to quickly jump in and began taking measurements of the foam as soon as the commercial break started. The record to beat was 5 cubic meters, and the final calculation for this demos was over 13 cubic meters! 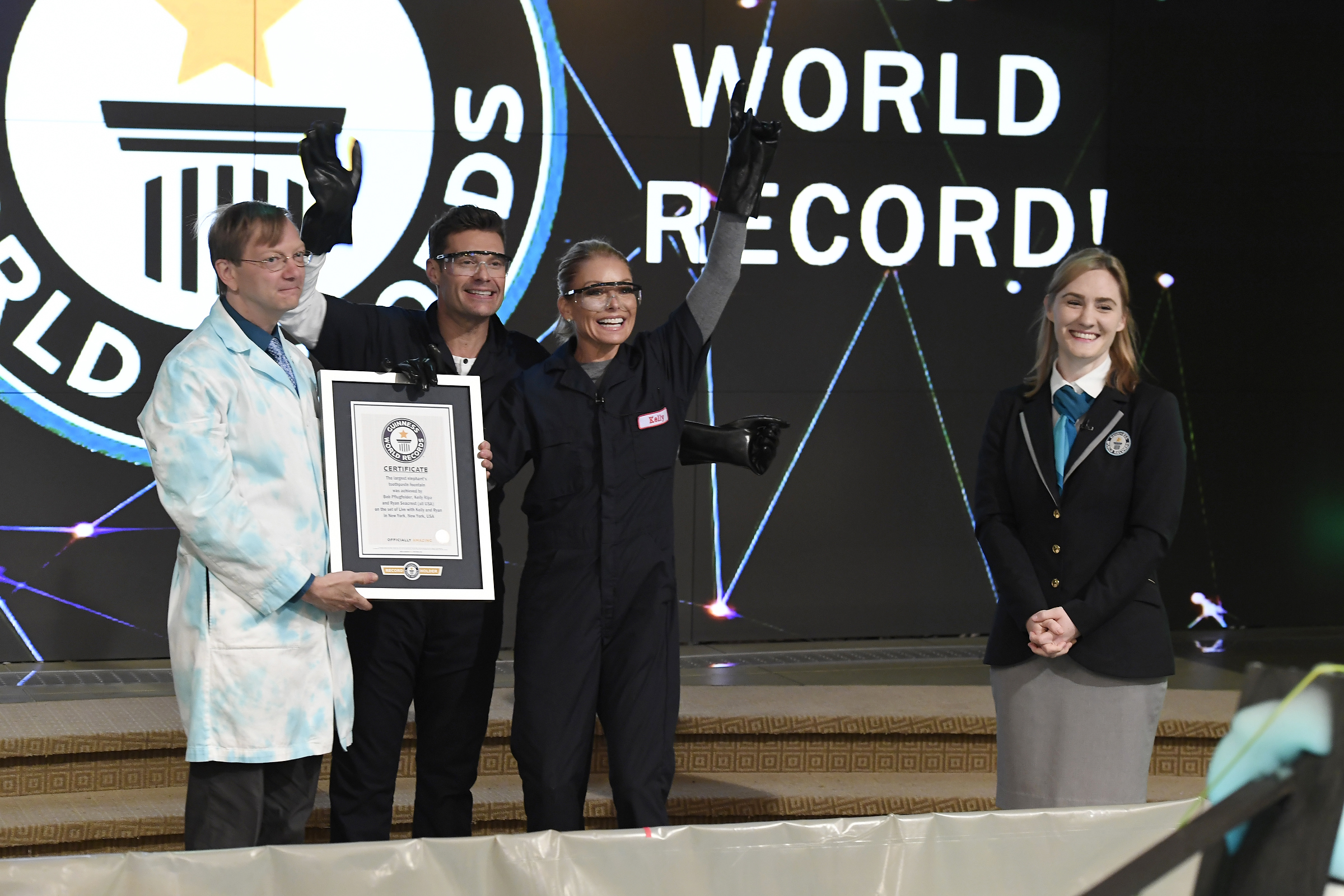