What’s it like to be on Nickeloden’s Nicky, Ricky, Dicky, & Dawn? It’s awesome! And in one of my guest appearance, we got to use some real science! Here’s a behind-the-scenes look at the episode, as well as a way for you to try some of the science experiments from the show at home!

In the episode, Mae  calls on Science Bob to convince the Harper quadruplets (Casey Simpson, Mace Coronel, Lizzy Greene, and Aiden Gallagher) that there is no such thing as bad luck or curses. This eventually leads to Ricky (Casey Simpson) performing some exciting, yet messy, science demonstrations in the Harper home to prove a point.

So, did the episode use some kind of special effects to create the experiments? No way…the producers wanted to use real science with real chemical reactions!

Dawn’s vinegar and milk experiment will not only make milk chunky, it can turn it into plastic! There’s a bit more to it than you see in the episode, but if you want to try it yourself, CLICK HERE.

Science!
There were no special effects tricks there, that was real science! The “big foamy snake” was actually a dramatic chemical reaction sometimes called Elephant Toothpaste.

In the big flask was  hydrogen peroxide, blue coloring and some dish soap. The hydrogen peroxide we used was stronger than the kind you find at the pharmacy, and it can irritate your skin, so Casey’s gloves and goggles were not just for show. When the other chemical, (sodium iodide) was added to the flask it triggered the production on millions of tiny, foam bubbles…and a big mess. 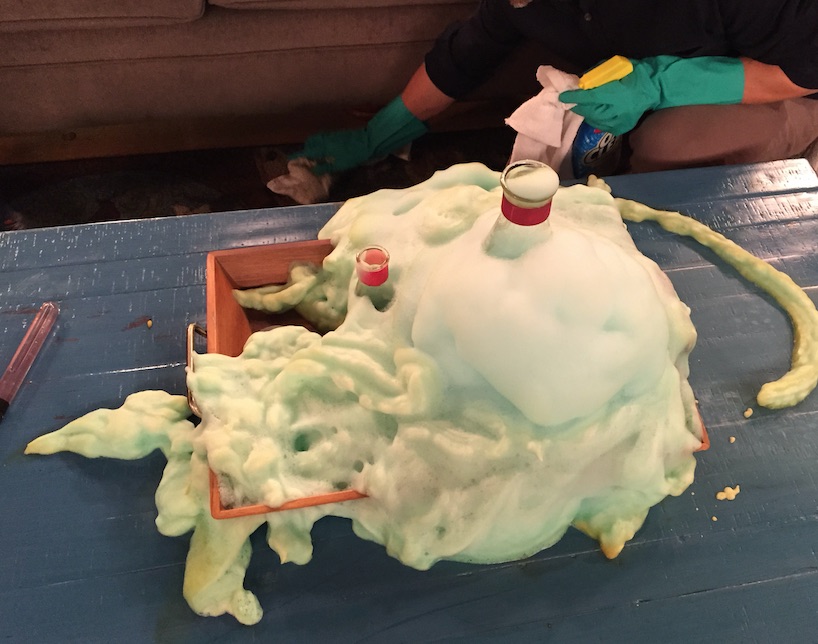 INSIDER INFO:
During the first take of the scene, the foam did not go very high, so the producers asked to try it again. On the second take, (the one they used on the show) the foam went so high, it hit one of the lights in the studio!

The second experiment used the science of food (molecular gastronomy.) When you add Sodium Alginate to a liquid and then put it in some water with Calcium Chloride, you get watery blobs of gel that you can eat! 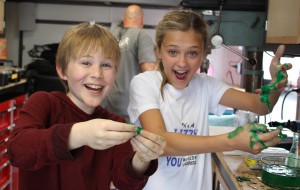 Casey and Lizzy test out the “olive” experiment
in the Special Effects trailer to make sure it was really science.

But wait, there was some more movie-magic at play during the scene. It one point, the pen in my lab coat had to leak on cue. How did they do that? The Special Effects Department set up very long tube that went from the pen, down my shirt, to a special effects crew member lying down behind the couch on the set. When he heard the cue, he started pushing watery paint through the tube – it worked perfectly. 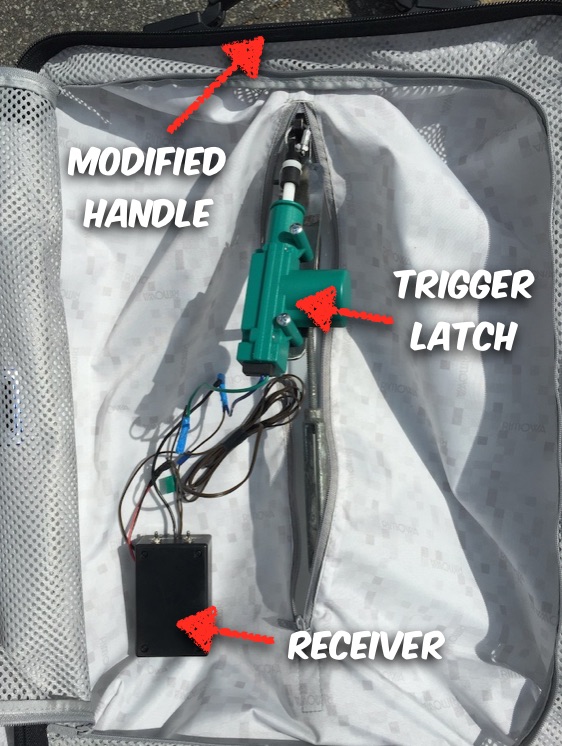 Want more Hollywood magic? As part of the scene, the handle on my suitcase had to break off at just the right moment. Believe it or not, it was actually triggered by remote control! The special effects crew modified a real suitcase with a special trigger and a receiver. When they wanted it to break, they simply pushed a button on a remote control off-stage.

Science is everywhere, from medical labs, to Mars rovers, to, well, the set of Nicky, Ricky, Dicky, & Dawn.