Watch the video!
Anyone who saw Mark Rober’s epic Elephant Toothpaste video that broke the Guinness World Record for “Tallest Elephant Toothpaste Reaction” knows that despite its record-breaking reaction, there was also a CRITICAL OVERSITE in the way the base and the flask ultimately failed, sending the majority of the foam out the bottom instead of the top.

THE CRITICAL OVERSITE FROM PREVIOUS VERSION

Now we wondered what it would take to make it fully work. That means it was time to get back to the lab for Attempt #2! It took six months, over fifty people, and LOTS of testing to make this giant chemical reaction a success.

THE CHEMISTRY
Hydrogen peroxide is basically water (H2O) with an extra oxygen atom (making it H2O2 ) But don’t be fooled into thinking it is close to water. Concentrated hydrogen peroxide can result in a strong chemical burn if it gets on your skin. To create the elephant’s toothpaste reaction a second chemical is added (know as a catalyst) which basically tears-apart the hydrogen peroxide into the water while releasing Oxygen gas inside the bubbles.

Here are some Behind-The-Scenes testing clips and images from the video shoot.

This was a test of a special formula of Elephant’s toothpaste that was so powerful that it basically turned to steam before it could make foam.

This video demonstrates just how finicky chemistry can be. With just a difference of 10ml of soap and everything else the same, you can get very different-looking reactions.

This is the test we did for the Devil’s toothpaste box used outside the house. The new mixing device worked flawlessly.

The giant Orbees were expanded in a HUGE tank of water and then added to the top of the pool of small Orbees using a custom release and tube system. 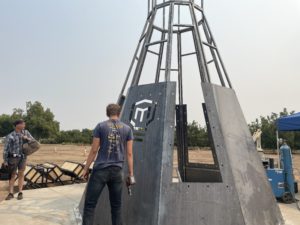 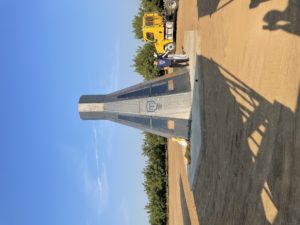 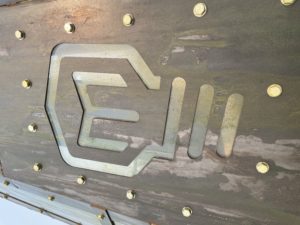 The logo survived the eruption 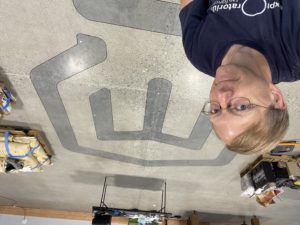 Hanging out in Mark's workspace 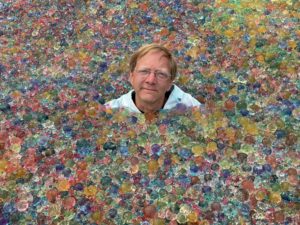 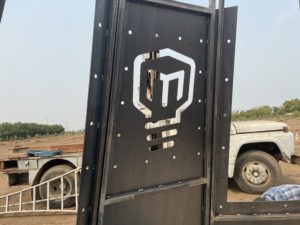 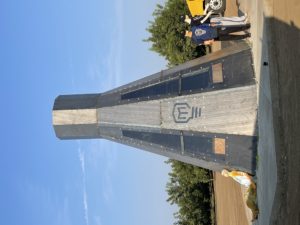 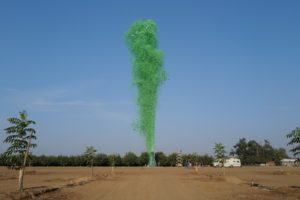 Now it’s YOUR turn – try out the elephant’s toothpaste experiment at home!