Caution: If it does not launch, wait at least 30 second before examining the canister. Usually the cap is not on tight enough and the build up of gas leaked out.

There’s nothing like a little rocket science to add some excitement to the day. When you add the water it starts to dissolve the alka-seltzer tablet. This creates a gas call carbon dioxide. As the carbon dioxide is being released, it creates pressure inside the film canister. The more gas that is made, the more pressure builds up until the cap it blasted down and the rocket is blasted up. This system of thrust is how a real rocket works whether it is in outer space or here in the earth’s atmosphere. Of course, real rockets use rocket fuel. You can experiment controlling the rocket’s path by adding fins and a nose cone that you can make out of paper. If you like this experiment, try the Exploding Lunch Bag. Be safe and have fun! 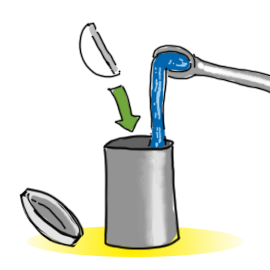 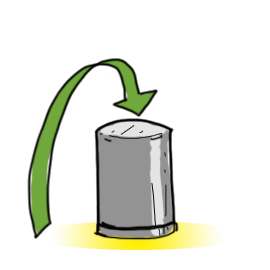 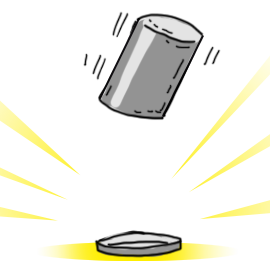